Wind Mobile, Mobilicity and customers of other new Canadian wireless carriers may soon be able to get an iPhone from them.

The reason the iPhone is not available to all carriers right now is becasue it only works with certain parts of the wireless spectrum. However, the next version of the iPhone, due to launch some point this year, could change that.

The next generation of the iPhone may support the Advanced Wireless Services (AWS) band of the wireless spectrum, not just HSPA.

This was the reason T-Mobile almost got the iPhone last September, but ended up touting its Google Android-based lineup instead instead, as that iPhone was a non-AWS iPhone 4S. If T-Mobile can work out an iPhone deal this time around, UBS analyst Phillip Huang believes Canada’s wireless underdogs stand to benefit.

“The new entrants in Canada (Wind Mobile, Mobilicity, Videotron), whose wireless networks operate on the AWS spectrum, may have a better chance of getting the iPhone to compete against the incumbents,” Mr. Huang said in a research note.

However, Apple could simply choose not to support AWS in the next iPhone, and even if the necessary technology is adopted, the company could just ignore the capability in order to support its existing carrier partnerships.

Even if the next iPhone did support AWS frequencies and Apple happily shops the device around, there is no guarantee all carriers would be interested in offering the iPhone. While device makers and carriers have long enjoyed an unofficial balance of power when negotiating deals for promotions or subsidization plans, the massive popularity of the iPhone has allowed Apple to dictate terms.

The result has been expensive demands from the world’s largest technology company to feature its product in extravagant retail displays and offer specific subsidies to customers. Comparatively limited financial and operational resources, combined with the growing popularity of Android-based alternatives, have made Canada’s new wireless entrants less willing potential iPhone partners. 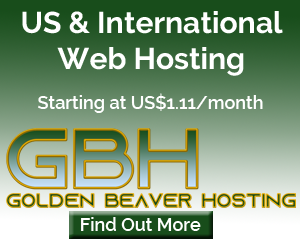