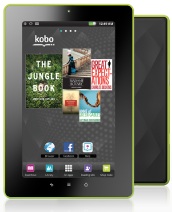 Toronto based Kobo Inc introduced the Kobo Vox yesterday as a direct competitor to the Kindle Fire – and it’s available in Canada!

The Kobo Vox is priced the same as the Kindle Fire at CAN$199 and Kobo expects to start shipping Oct 28 – just prior to the Kindle tablet. However unlike the Kindle, the Kobo Vox is available in Canada immediately and so should snap up Canadian consumers looking for those Kindle-like features available before Christmas.

The Kobo Vox is a 7 inch tablet at 14.2 ounces, with 1024 x 800 pixel resolution, runs Android 2.3, has WIFI and access to more than 15,000 free apps. It comes with only 8Gb of internal memory, but has a Micro SD card slot that will support up to 32Gb. It also has a social aspect, connecting to Facebook Ticker, Timeline, and Kobo Pulse. It’s processor runs at 800Mhz and, unlike the Kindle Fire, appears to be full Android, not a reworked version. The Vox comes in four trim colors; Hot Pink, Lime Green, Ice Blue, and Jet Black.

What do you think? Would this make it under your Christmas tree? 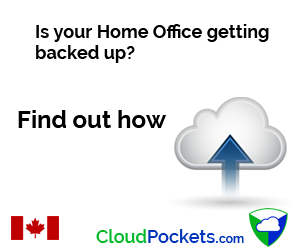